Serving Upstate South Carolina for more than a century

Phillis Wheatley Community Center is a hub of programming and services for members of the community at all stages of life from youth through retirement.

The Center has a unique history that spans more than a century  in Greenville, South Carolina. Many residents and community leaders have been a part of our story over the years.

Through the dedication and efforts of all those involved with the Center, the alumni have gone on to lead fulfilling and successful lives. 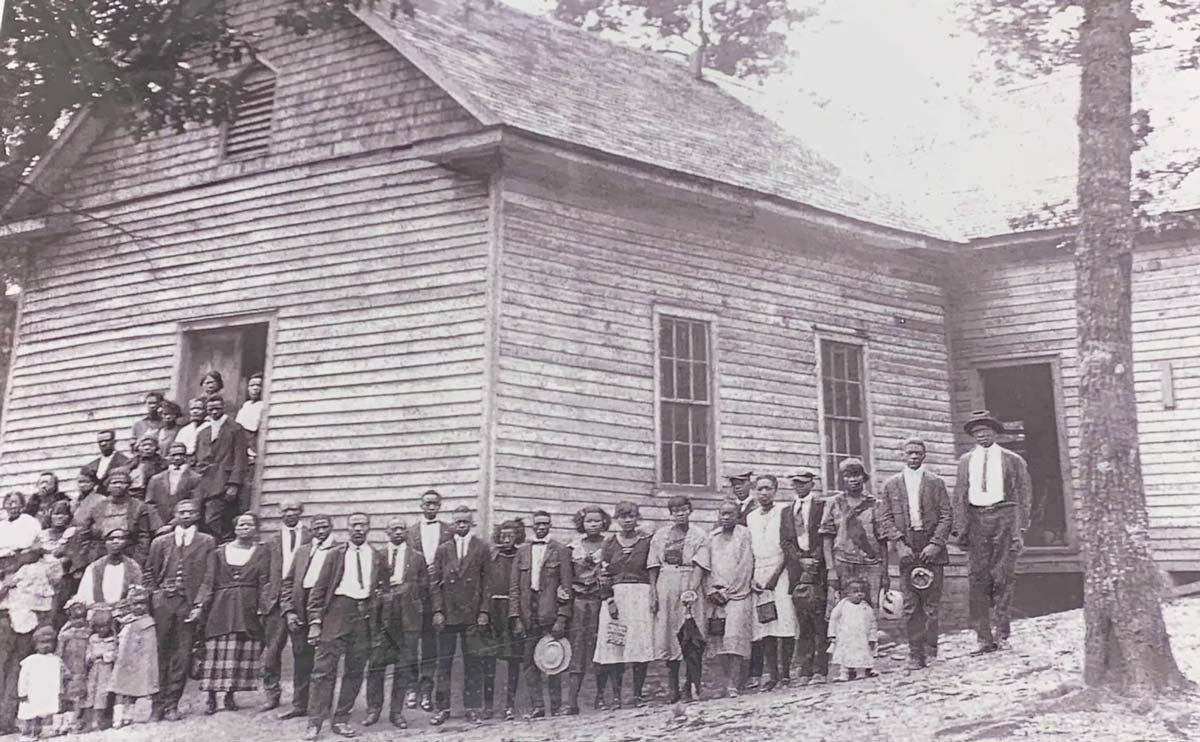 The Phillis Wheatley Association is born

In 1919, Hattie Logan Duckett founded The Phillis Wheatley Association on Haynie Street as a social and academic center for young Black women. The association was named for Phillis Wheatley, a slave who, in the 1770s, became the first Black poet to have her works published.

Shortly after founding the association, Duckett bought a small house for the association on East McBee Avenue, where she gathered girls for Bible classes and play groups. She later expanded programs to include boys. 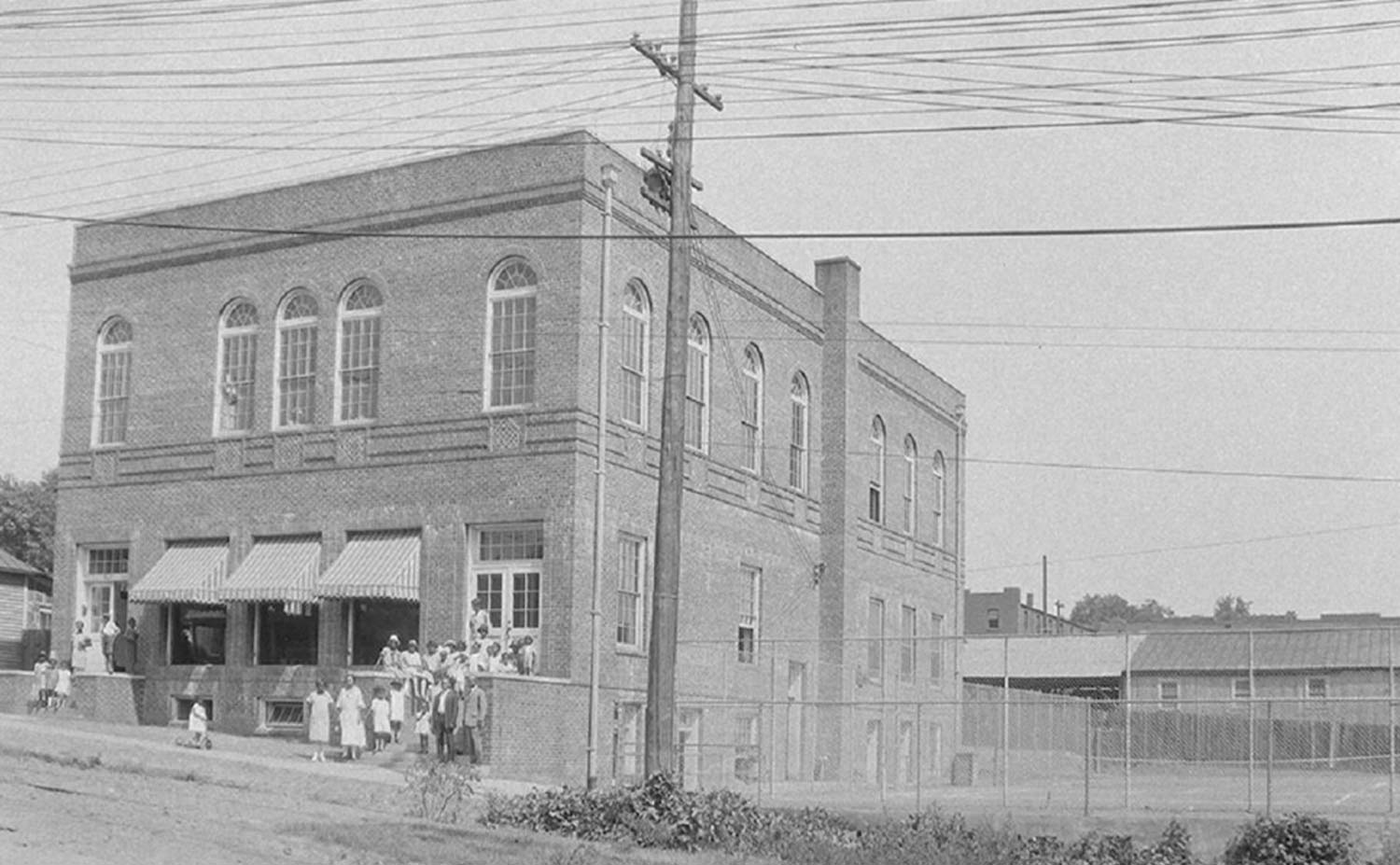 The mortgage and operating costs on East McBee were too much, though, and Duckett turned to Thomas Parker, a business leader. With a diverse board, they raised $65,000 from the still-segregated community — $45,000 from white individuals and $20,000 from Black individuals — and created the Phillis Wheatley Center. The new Center at 121 Broad St. was in the historic Black business district and included a three-story brick building, playgrounds, tennis courts, furnishings, and fencing. 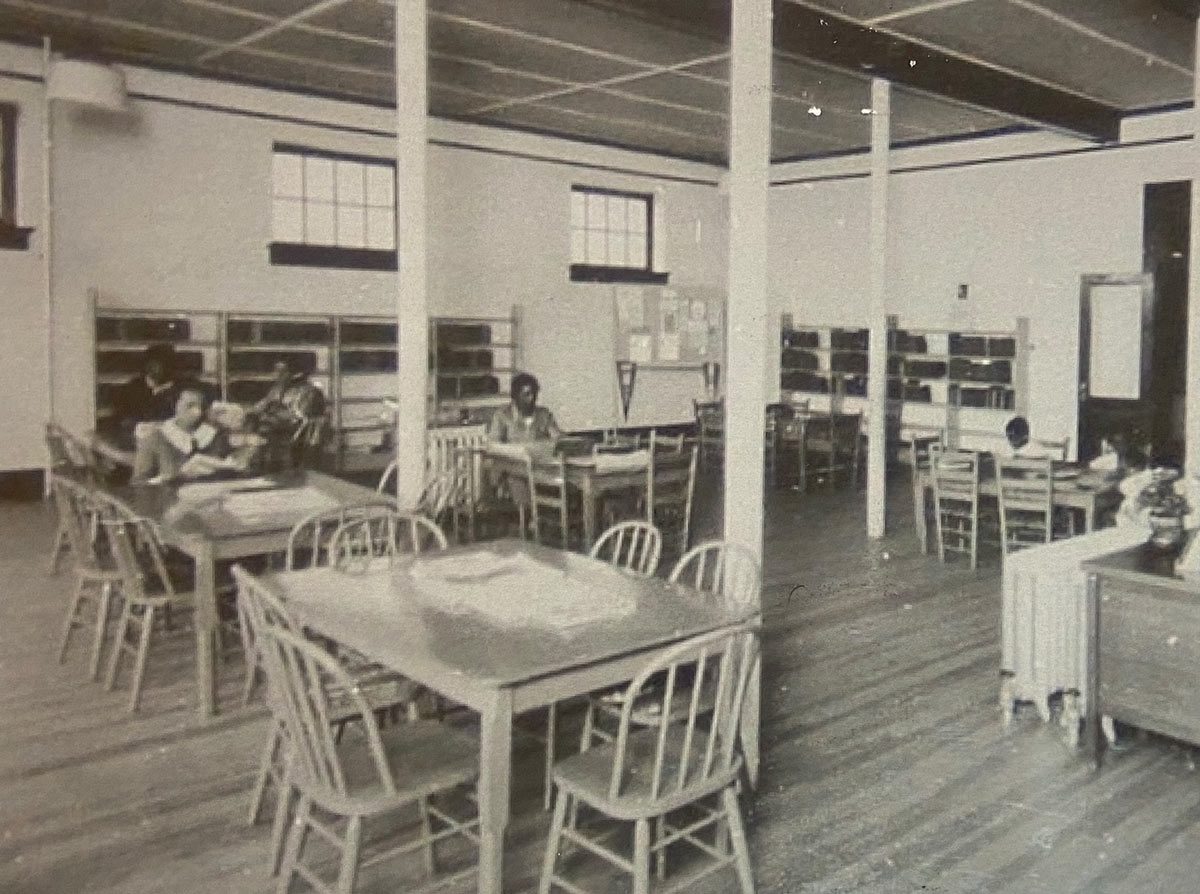 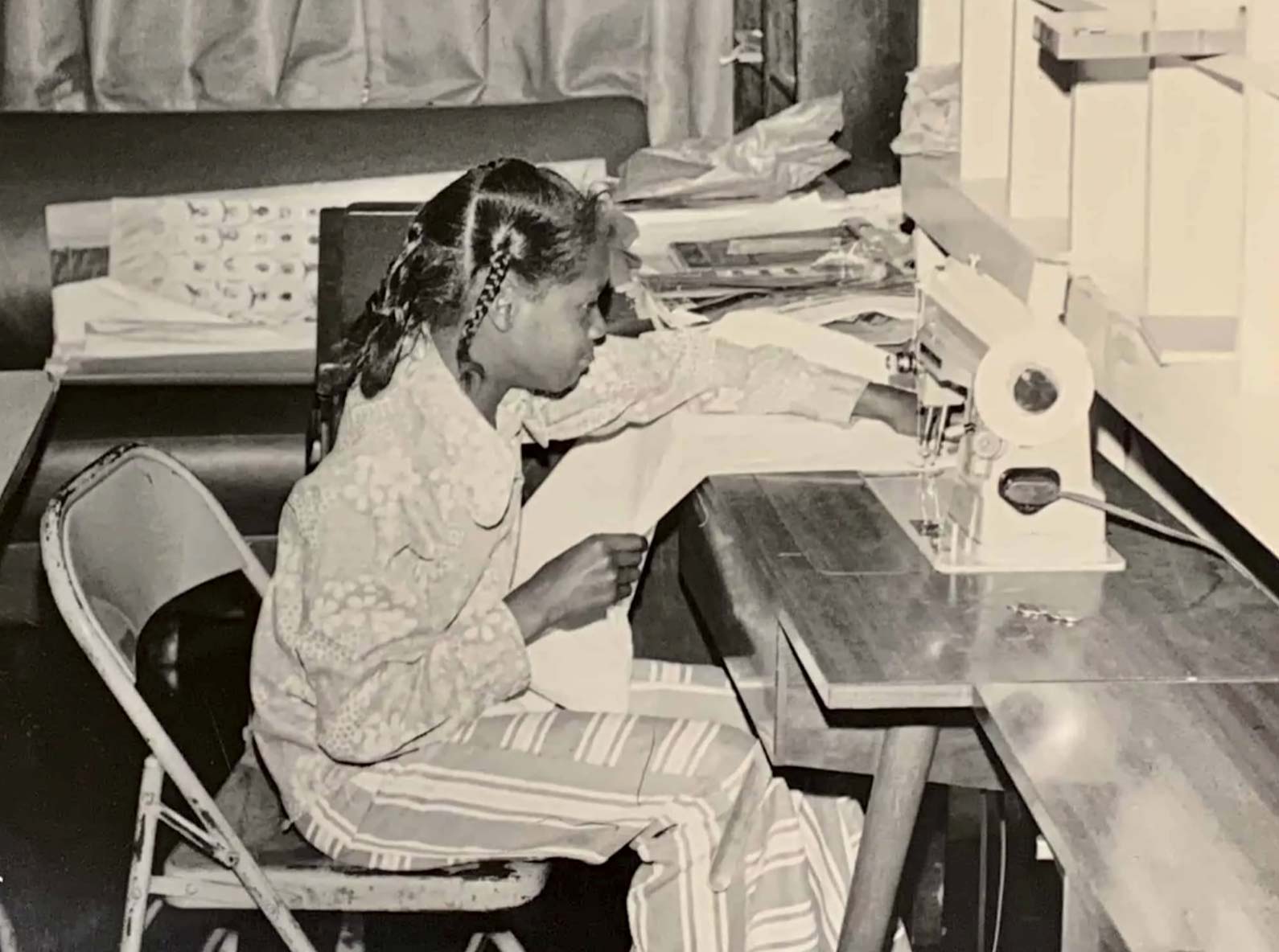 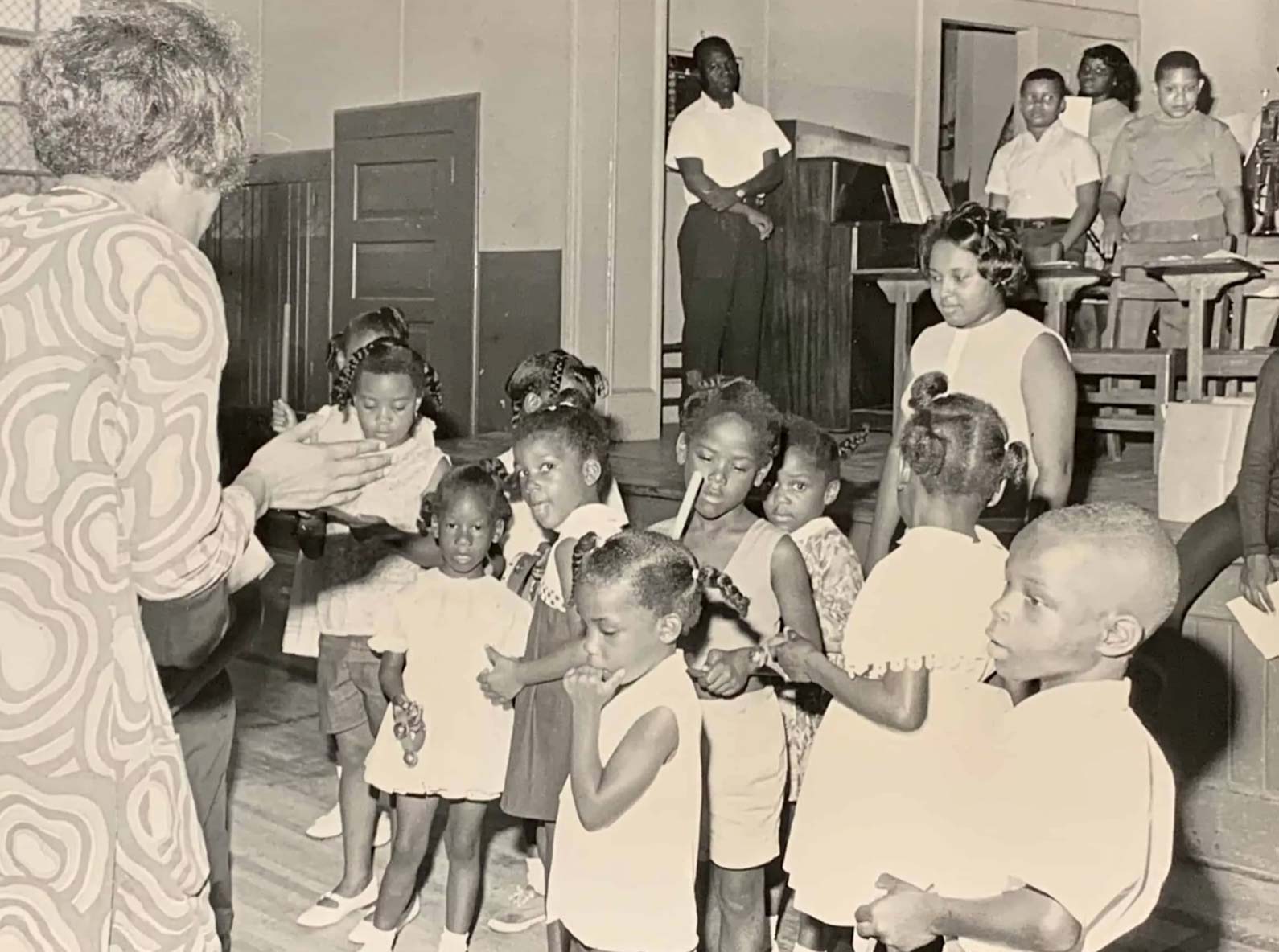 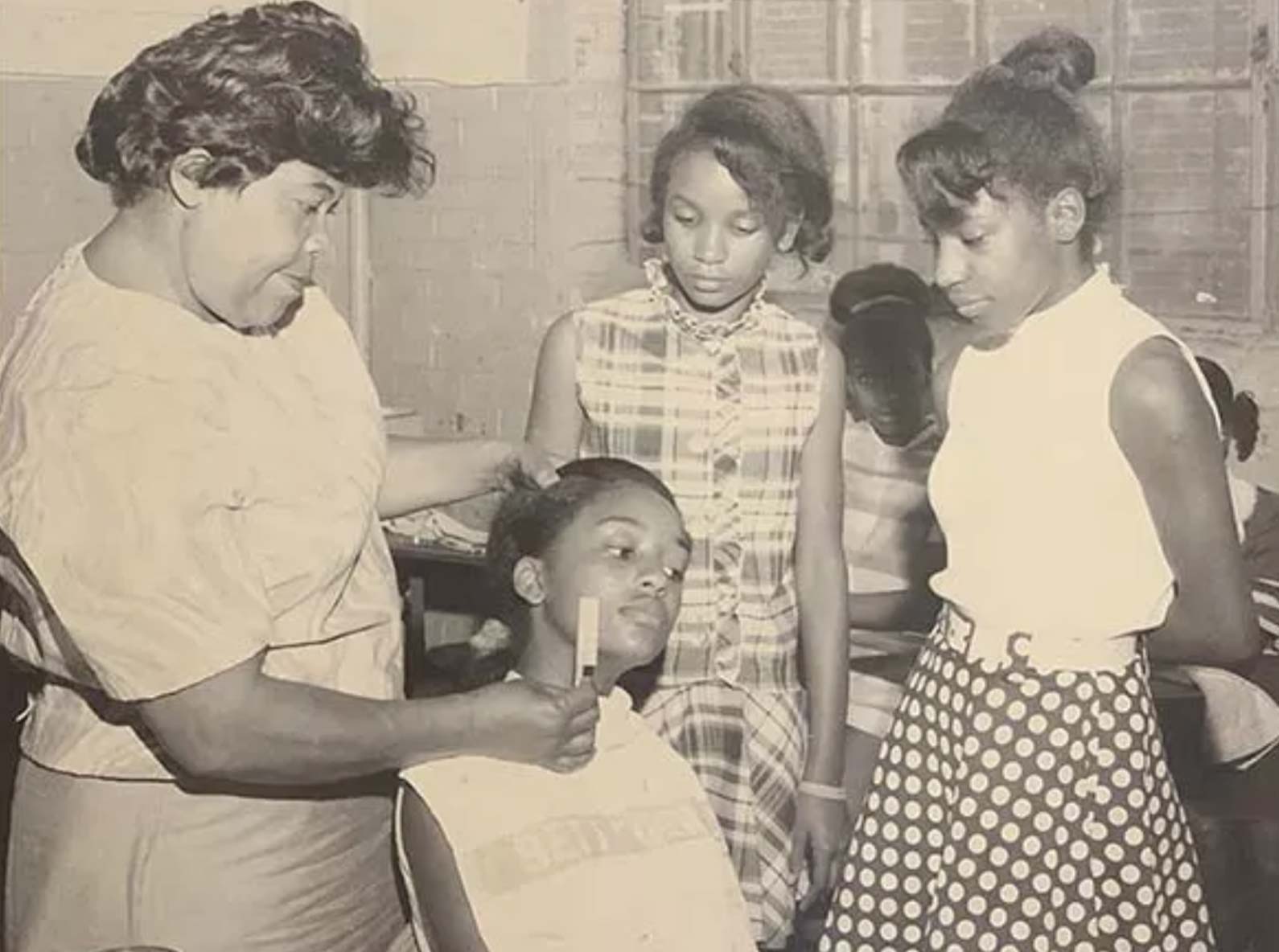 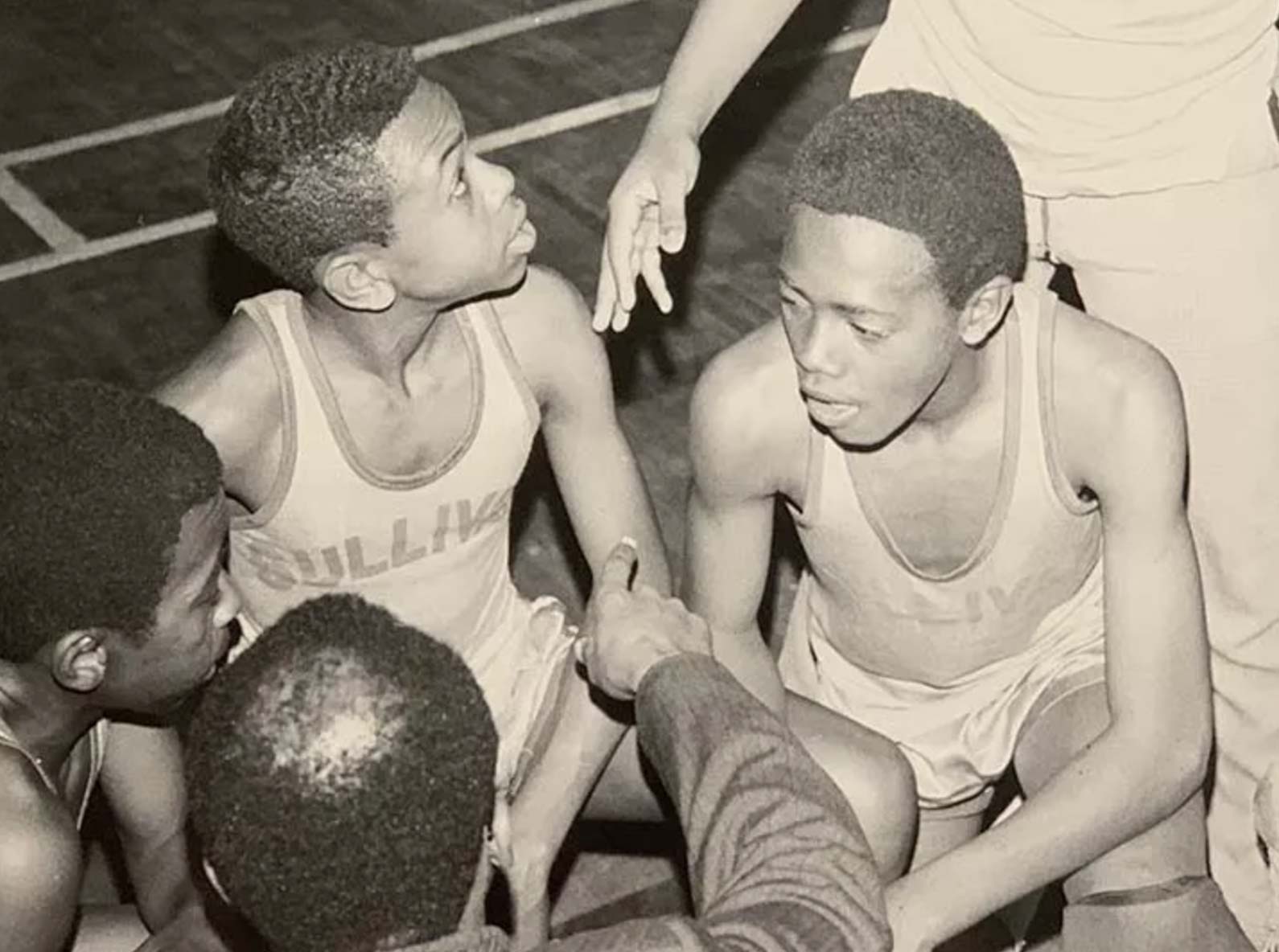 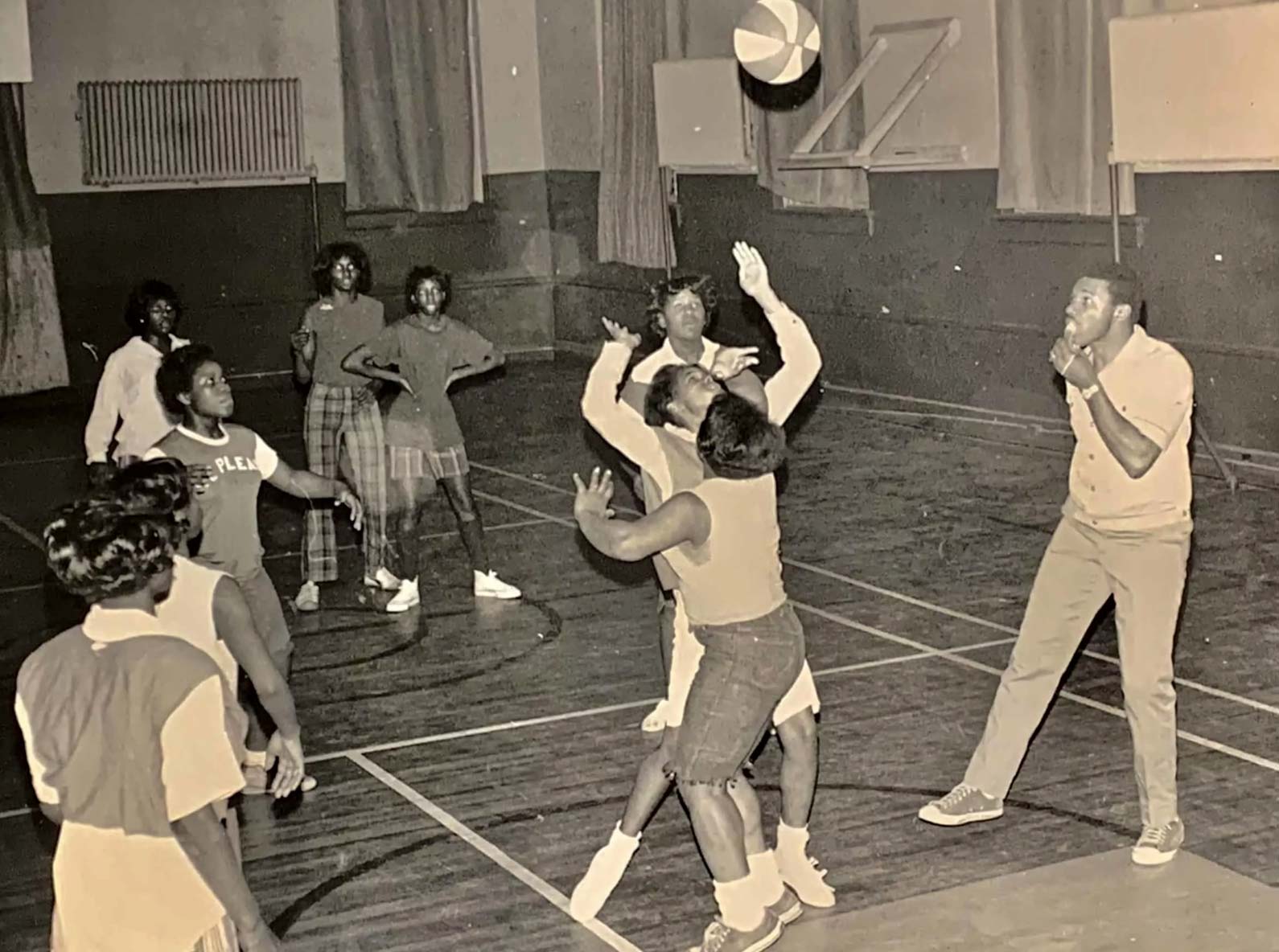 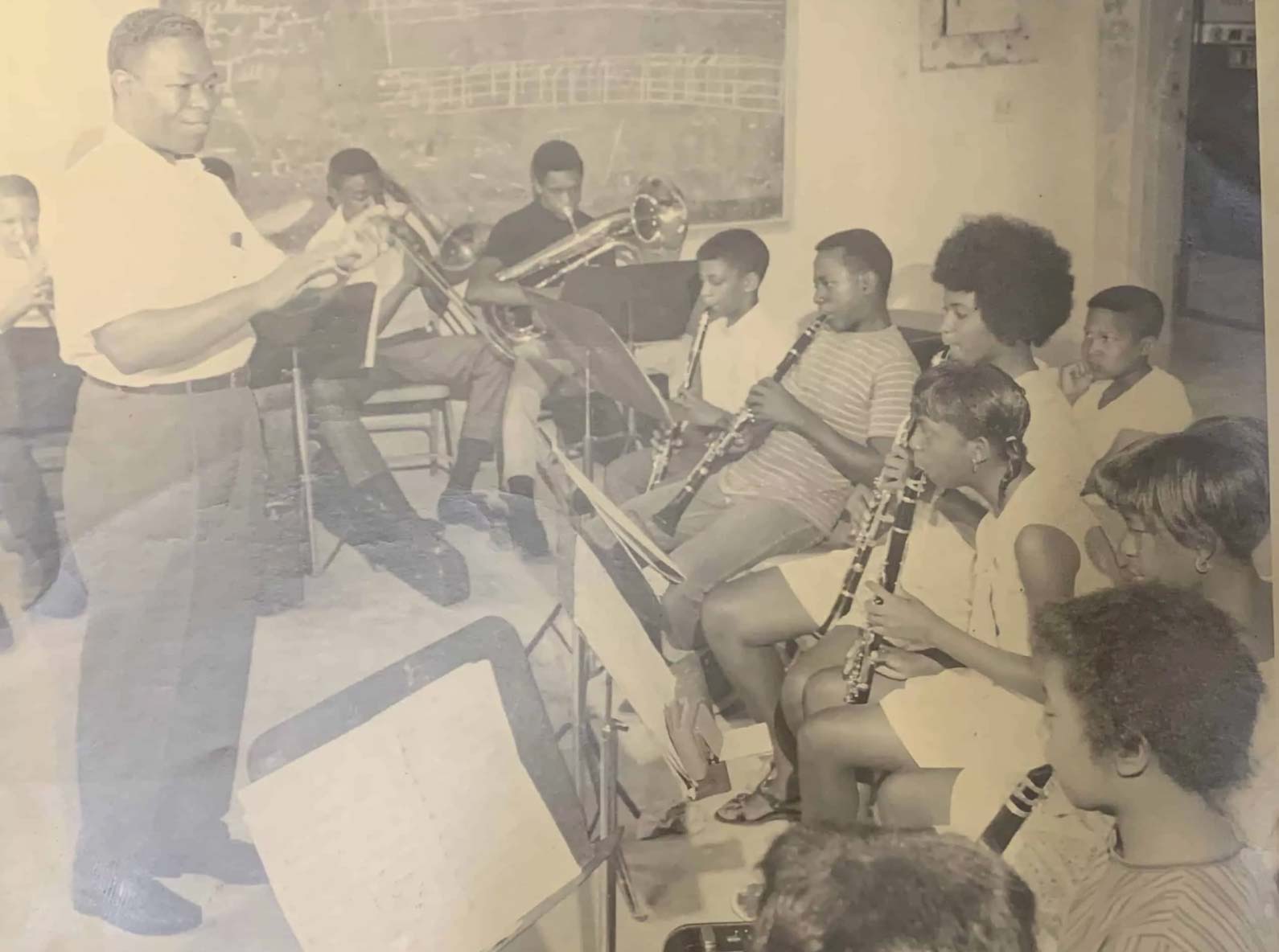 Serving the Community in New Ways

During the South’s segregated past, the Center was an important fixture in the Black community. During the 1930s, the Center was known as the Black YWCA, evolving into a meeting place for Black leaders. Music and dance lessons were provided, and families could access day care and recreational activities through the center and a residential camp founded in 1938.

During World War II it became a meeting place and recreation center for Black GIs stationed at Donaldson Air Force Base. Later, the Center served as a major influence in smoothing the transition to racial integration in Greenville County.

By the 1960s, the Center had evolved into a neighborhood hub for local residents with popular sports and arts programs for youth. The Center also housed the first library in Greenville for African Americans. 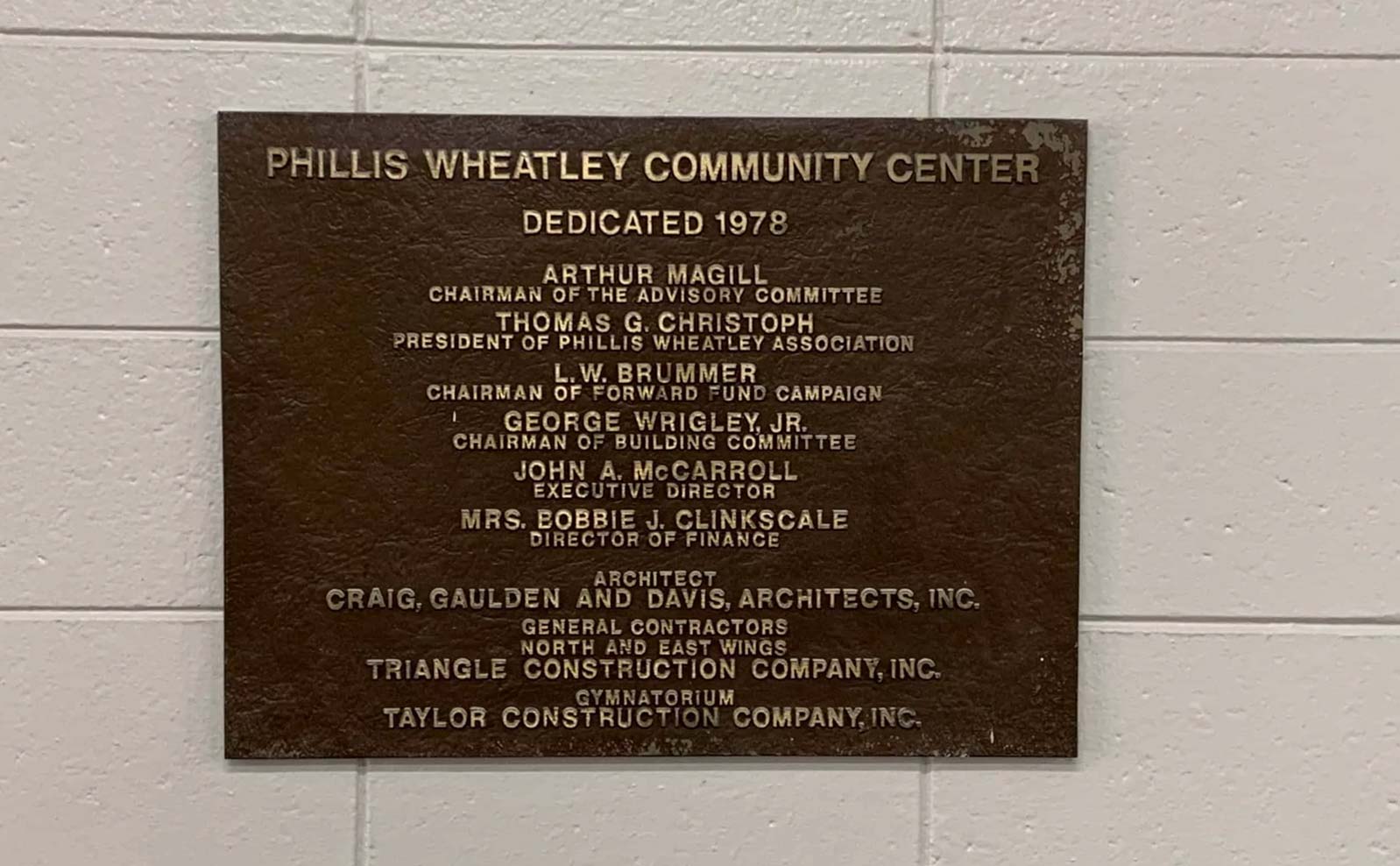 The Center Moves to Greenacre Road

By 1974, the facilities at Broad Street were suffering from 50 years of wear and tear from basketball, volleyball, and other activities. The Center joined forces with United Way and raised funds to build new facilities on land the City of Greenville leased off Greenacre Road in the historic Nicholtown neighborhood. The $1.3 million multi-purpose Center opened in 1977 but was formally dedicated in 1978. 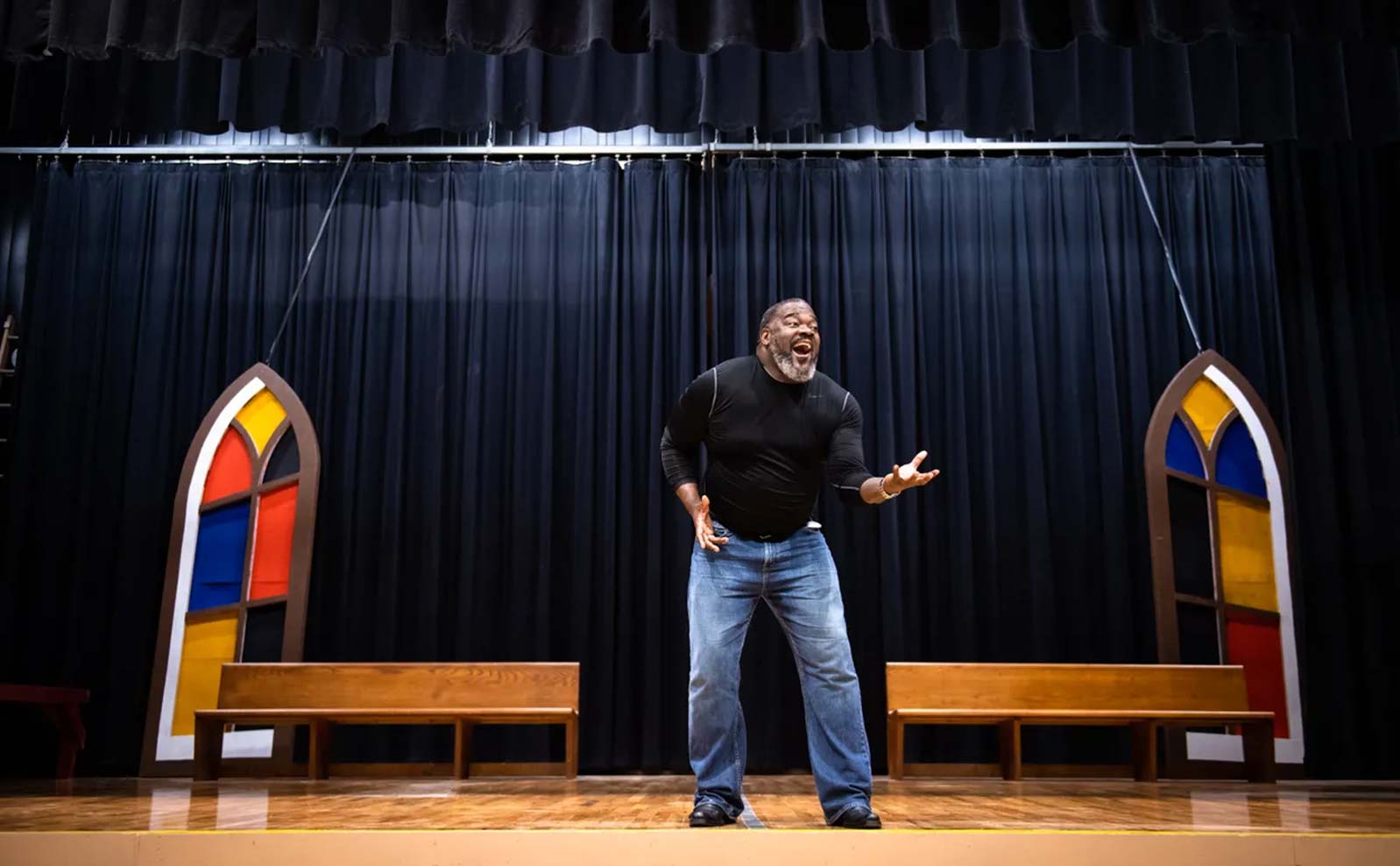 
In the mid-eighties, Dwight Woods founded the Phillis Wheatley Repertory Theatre, becoming a theatrical program that gave children with otherwise limited opportunities the inspiration to develop their talents, stay in school, and strive for more. Among those who found their way in the theatre was Phillip Boykin, who went on to operatic and Broadway stardom and was nominated for a Tony Award in 2012 among many accolades. 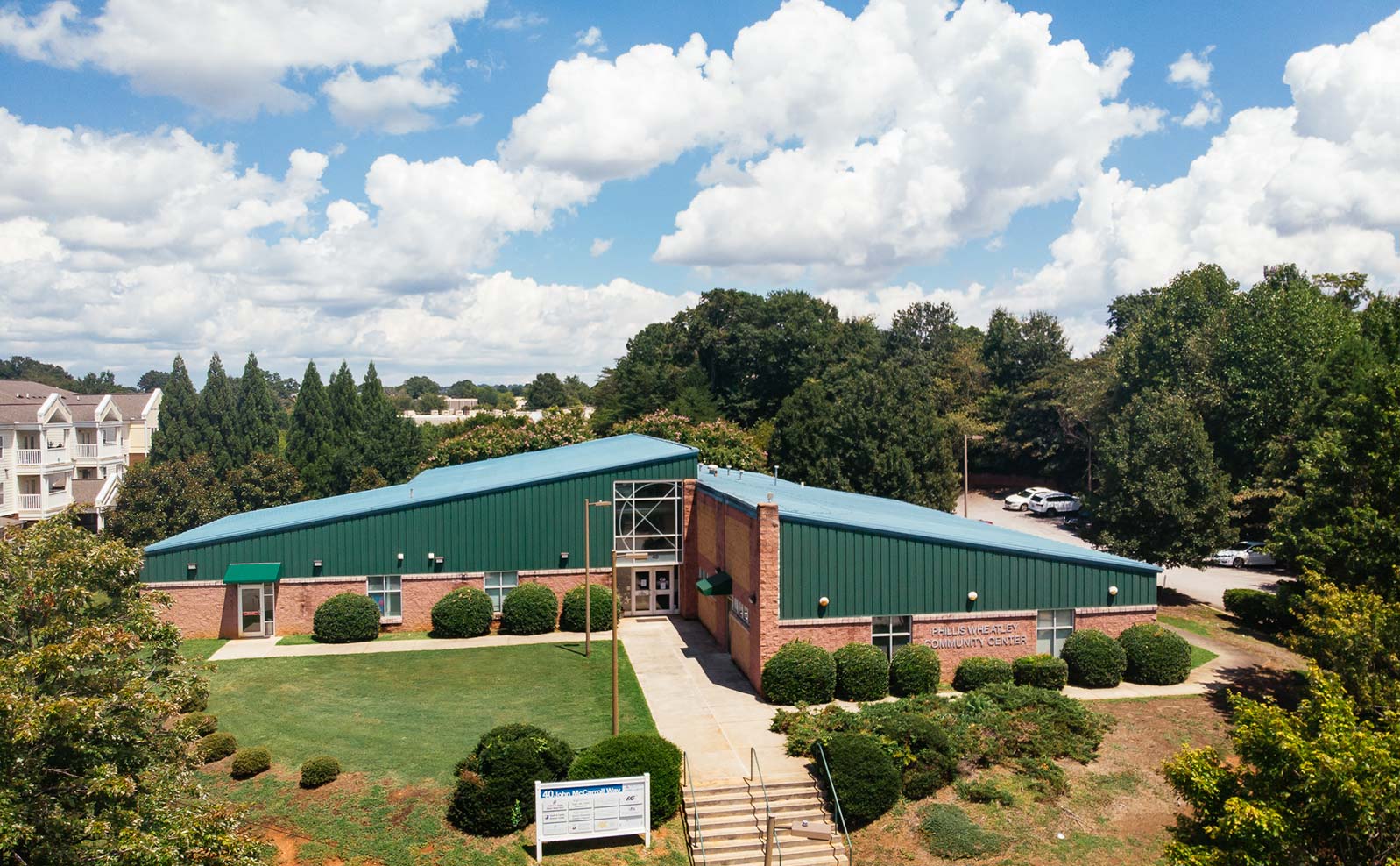 The Center’s Upper Campus at 40 John McCarroll Way was dedicated in 1999. It is located just across the road from the original facility on Greenacre Road. The building originally served as a library, meeting space and administrative offices. It is now home to our on-campus partners who are key to delivering the comprehensive services we offer to the community.


By 2014, the Lower Campus on Greenacre Road began to fall into disrepair and the Center fell onto hard times. After a short period of dormancy, the organization re-opened as the Phillis Wheatley Community Center, a new name that reflects the organization’s proud past and its commitment to serve the rapidly-growing Greenville community.

Under the leadership of PWCC alumni Randy Jackson and Ray Lattimore, the Lower Campus has been transformed into an inviting location for the county’s recreational, after-school, and summer programs and for Phillis Wheatley’s Repertory Theatre, still the crown jewel of the organization’s offerings, along with other programs for everyone in the community from youth to seniors.

The most recent additions to the facilities are a commercial kitchen and senior fitness park scheduled to open to the public soon.

To make self-sufficiency a reality for all residents of Greenville County and Upstate South Carolina.

The Phillis Wheatley Community Center will collaborate with community partners to provide the tools and resources to empower all individuals, with a special focus on those from under-served communities, to achieve upward mobility and self-sufficiency.

Pillars of Our Mission

We assist each child and the community at large in moving beyond current limits to an environment free of barriers and full of opportunities for growth.

We foster hope in individuals we serve so that they may have the vision and courage to see beyond their circumstances.

We believe that every child and person in the communities we serve should have the opportunity to grow and gain the skills to become self-sufficient.

We teach our youth and those we serve to demonstrate personal accountability and exhibit excellence in their daily life.

We teach and encourage the youth and individuals we serve to give back to their communities.

We hold ourselves to the highest standards, take ownership of our work, and promptly correct mistakes to the greatest extent possible.

We strive for the highest quality in the delivery of our programs and services by being innovative, delivering on commitments, and fostering continuous improvement.
R

We welcome and support differences among those we work with and serve.
R

We communicate openly, both internally and externally. We maintain principles of integrity as we swiftly acknowledge concerns and identify inconsistencies.

The GTC Upstate Returning Citizens Programs provides case management activities to remove barriers for citizens who are transitioning from the criminal justice system to productive lives within the community.
Learn more

The Quick Jobs program offers training and certifications that are skills specific and job preparatory with most courses lasting three months or less.

NCFC was established to provide services for the children and families of Nicholtown to improve child outcomes; provide parent training, education, and employment; and build lasting community infrastructure.
Learn more

Goodwill Industries of the Upstate/Midlands, SC